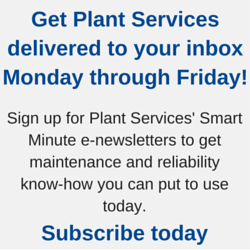 A strengthening dollar is re-emerging as a threat to U.S. manufacturers by making their exports more expensive and their foreign earnings less valuable.

The U.S. currency, which has strongly appreciated over the past two years, surged to a 14-year high in the wake of Donald Trump’s election and the Federal Reserve’s decision to raise interest rates, adding a wrinkle to the president-elect’s pledge to boost factory employment.

Read the full story on wsj.com.